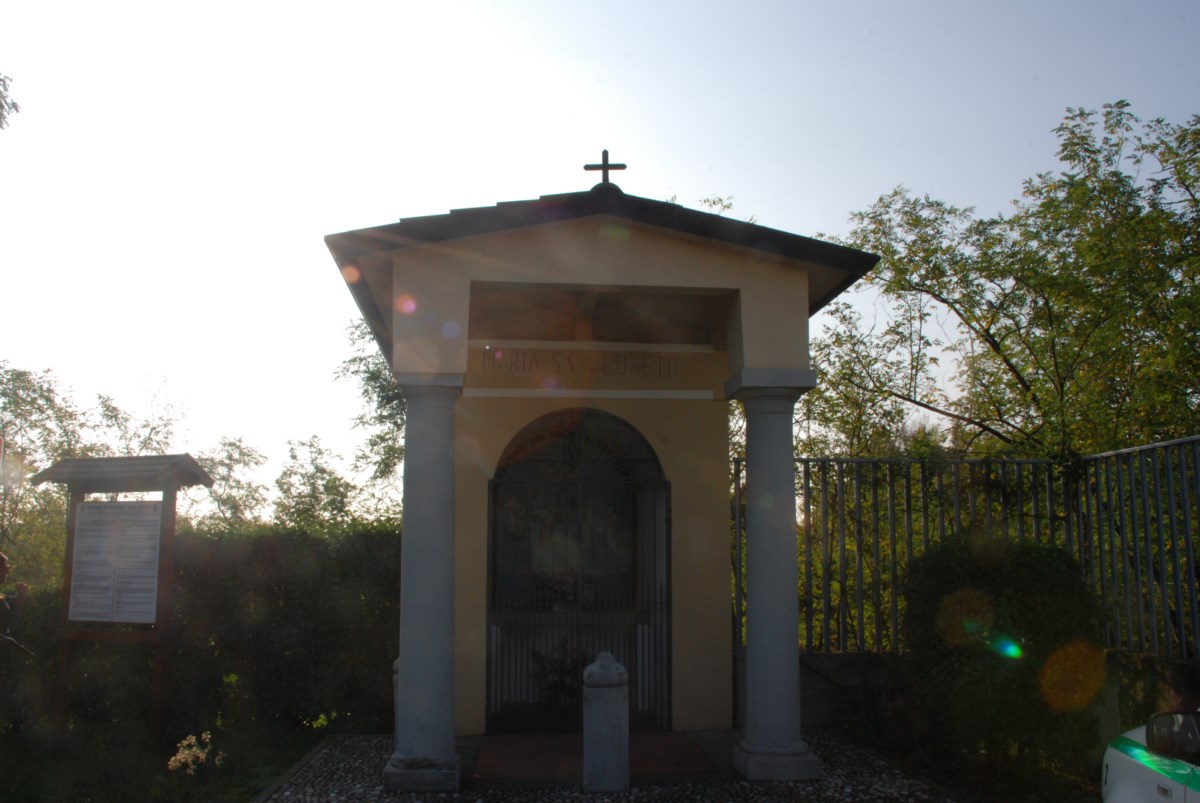 The rectangular floor plan includes the ancient church, documented since the 10th century, and Romanesque elements that can be seen in the structure of the bell-tower. The chapel, dedicated to the Visitation of Mary, has been enlarged several times over the years. In the 16th century a portico with four bays was added on the north side, of which only the corbels remain, whilst new columns and capitals have been inserted. In the 17th century the chapel was renovated and a new rectory was built. The presbytery is the most precious element, with a rectangular hall that has a squared off barrel vaulted ceiling decorated with elements in stucco and paintings by Cavagna and his workshop. The decorative patterns on the segments of the vault are typical of the early seventeenth century Baroque period.