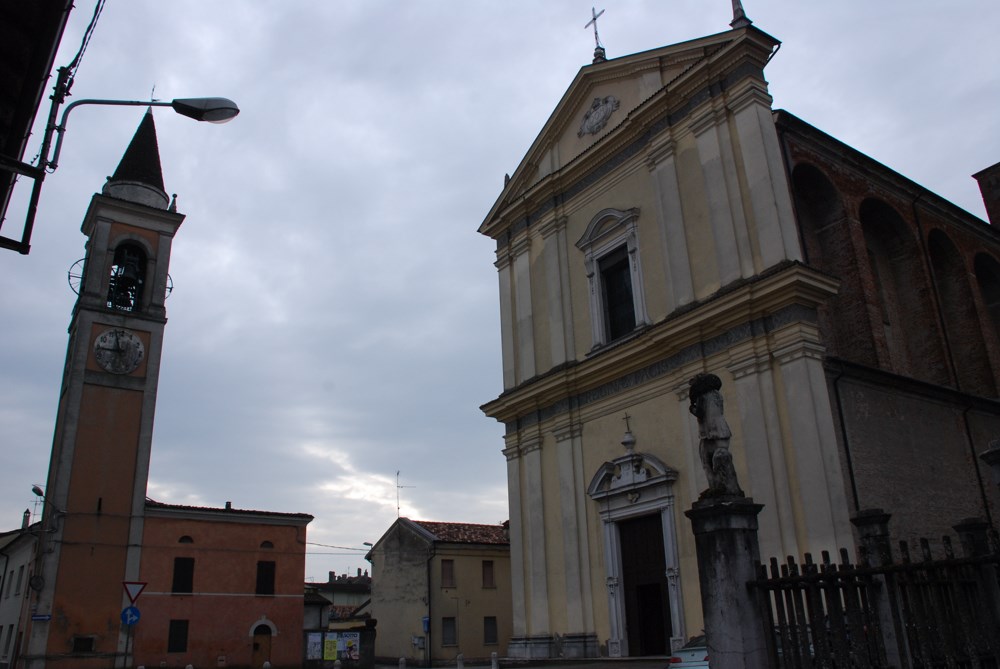 This church stands on the strip of land where the River Mella flows into the Oglio, on the border between Brescia and Cremona. The original Romanesque structure, still partly visible in the imposing structural conformation with its hanging arches, and in the use of local terracotta, has been revisited in later Baroque styles. It was built in the 13th century by Benedictine monks from the Abbey in Leno. Inside, it houses a fifteenth century fresco depicting the Nursing Madonna. Much of the seventeenth and eighteenth century alterations were dismantled during the restoration carried out in the 1900s which brought to light the splayed lancet windows and the cubic brick capitals.